It has been an extraordinarily busy time of the year.

For us, having arrived on November 30th, we went first into temporary accommodation as guests of Pat and Peter.  This was a good experience, they are lovely people and we heard many tales of the old days on Tristan, including the time of the evacuation.  After two weeks we moved into our ‘permanent’ place, which in one of the old original Scots-built houses from the very early 1800’s.  It has some good points and some not-so-good.  The kitchen is great, a good size and with reasonable work-tops, but – no hot water yet!  The view from the house is really superb.  Then – it is debatable as to whether our proximity to the pub is good or not!

The whole island closes down for three weeks over Christmas, all except some essential services.  This is the annual summer holiday.  Many of the islanders go down ‘camping’ at the Patches, where they have simple huts beside their potato plots.  The holiday period was this time interrupted by two Unloading Days, on Christmas Eve and Boxing Day.  Certainly not ideal, but it had to be done.

As befits an island community that was founded by a Scot, Auld Year’s Night or Hogmanay is taken quite seriously.  All were invited to a party on the lawn of the Residence, where the Administrator lives.  This was our first experience of an island-wide social event.  During the late afternoon before the event we noticed a number of monsters on the streets – there were all together about twelve very frightening monsters;  seemingly they go around making reasonably harmless mischief, and then they come in to the garden party at the Residence.  These are called Okalolies, and the tradition for them on the island goes back a very long time.  I will try to find out more, and report back!  Parties go on into the wee small hours, with New Year announced at midnight by much ringing of the gong.

The holiday did not apply to the ex-pats, and in any case holiday or not I was quite occupied preparing my Inception Report.  This is a comprehensive and detailed piece of work outlining the agricultural situation on the island today, with in mind discussion and decision making which in turn will provide me with a programme to work to in the two years to come.  This is now all done, and I was able to present it to the Island Council on the 18th January.  We are due to have a sort of brainstorming meeting as a follow-up in about ten days’ time.

On the 13th and 14th of January, we had Shearing Day.  This is the annual community event when almost everyone goes down to the sheep pens, and in good island tradition work and fun are joined together.  The entire flock of around 1,000 sheep is collected in the central area of the sheep pens, and each owner draws out his own sheep, which he keeps in his own pen ready for shearing.  This is a time when sheep owners help each other, and when children get involved with the nitty gritty of sheep farming.  Bystanders and their cars and motorbikes surround the sheep pens area, music is played – and many of the women can be seen knitting.  Once the work is all done, it is time to celebrate, and bries (barbecues) and partying go on late into the evening. 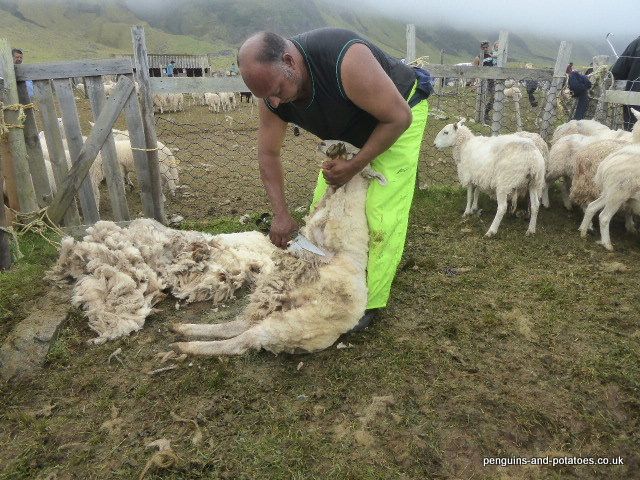 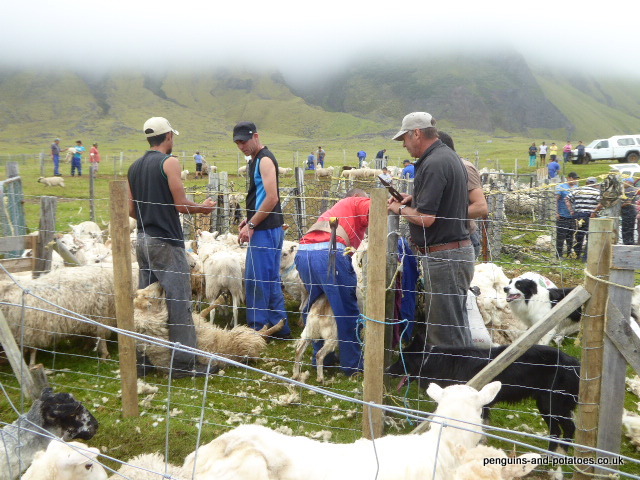 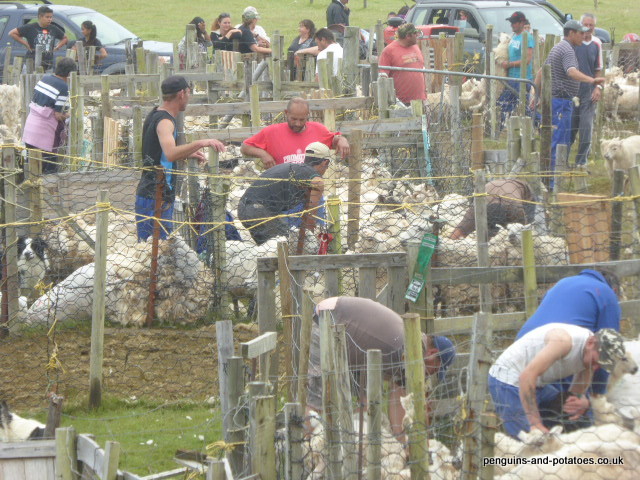 We have had visits from four ships in the last week.  Late on the 14th,  HMS Portland arrived together with her merchant navy escort ship.  Crew from the ships became tourists, and in spite of it being Sunday the supermarket stayed open, the tourist shop and gift shop opened, and the pub opened.  The Navy played the Island at football, and the last of the Navy visitors were taken back to their ship around 7.00 in the evening.  There were many empty cans left behind!  Meanwhile, a ship chartered by the National Geographic arrived.   Grenville is on a research and filming expedition to Tristan and the nearby islands of Nightingale and Inaccessible as well as Gough Island, some 200 miles further south.   She was also carrying a number of passengers who were either people coming to work here or Islanders returning home.

The fourth ship was the Pacific Askari, with another consignment of building materials for the new hospital.  She was unloaded quickly and left the following day.

We (particularly of course Bee) are now involved in preparations for a Wedding, due to take place on the 20th.  Mike and Nena have been here for around 18 months, and because he is in charge (among other things) of all the unloading operations, which are so weather-dependent and so crucial, they have had to postpone their wedding twice because it clashed with a window in the weather that allowed unloading to resume. 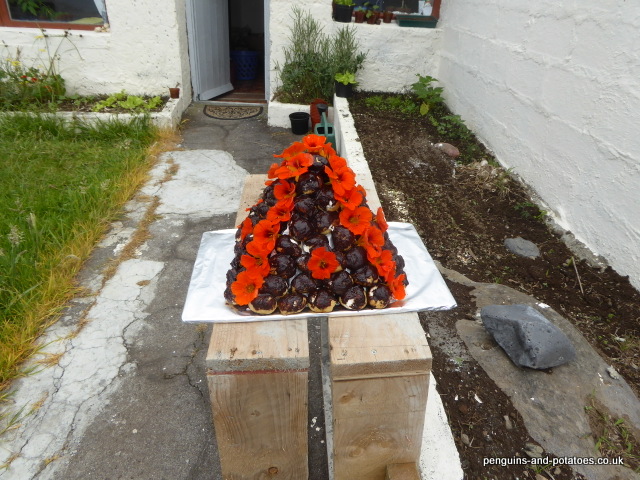 Profiterole Pyramid, ready for the wedding